Millions of people all around the world joined in to celebrate Queen Elizabeth II’s Platinum Jubilee.

On June 2nd 1952 at just 25 years old, Queen Elizabeth II’s coronation was seen globally. This was during a very early televised event in the United Kingdom’s royal history. Our Queen holds the record for the longest serving monarch so the country has been determined to honour all her achievements in style. Since 1953 Queen Elizabeth has been Head of the Commonwealth which covers 14 ‘realms’ and 54 countries.

During the long Bank Holiday weekend there were several official galas which commenced with the Trooping of the Colour which is a tradition on the Queen’s official birthday annually. This colourful military procession involves “over 1400 parading soldiers, 200 horses and 400 musicians” and an 86-gun salute greeted the Queen this year. (1)

Over the last few days many of the grand events at Buckingham Palace and the famous Mall driveway were attended by members of the British royal family, including the Queen herself who appeared on the balcony several times looking fabulous in her bright outfits, matching hats and sparkling jewellery.

The Queen and her close family seemed genuinely delighted by the mostly fair weather, massive crowds and excellent musical performances during the Platinum Party at the Palace and several other themed parades. The Red Arrows were able to flypast the Queen and her family and anyone in the city on Thursday lunchtime, creating a fantastically memorable display.

Everyone had a great time and the great British music industry was showcased with many of the most popular music acts of the 70’s, 80’s, 90’s, 00’s and well known artists from more recent current times.

Fashion designers and dancers were also highlighted during the colourful and musical festival. The amazing effects of light projections possible were demonstrated on Buckingham Palace along with the latest stage effects.

In Camberwell Green in South London like many vibrant communities lots of families enjoyed sharing a special free Jubilee street party on their favourite green space. This fete is part of Camberwell Arts Festival. Market stalls with fresh produce and locally produced groceries mixed with a variety of drinks stands and pop-up bars. There was a whole area of artists stalls selling their pieces and also gifts, homeware and clothing.

A dog show with lots of different categories for different breeds and royally themed prizes entertained the crowd. Live musical performances by local groups ensured the locals decided to relax and enjoy some atmospheric picnic time on the Green socialising together and the event was a big success.

Camberwell Green is a bus ride away from the Royal Borough of Kensington and there would have been hundreds of young and young at heart residents keen to get ready to dance the night away after the local community event ended later Saturday afternoon.

Like many towns across England, Scotland, Wales and Northern Ireland and the Commonwealth many shops and public places had been decorating their premises since the end of May ready for a big weekend of toasting the popular monarch. Queen Elizabeth has won hearts with her dedication and focus to ‘her duty’ to her country, good causes and the Commonwealth over the last 70 years.

We have all been unable to travel and celebrate for a while due to Covid and there was extra joy and the freedom to meet together again. “What a weekend” has been the cry, as all UK citizens and admirers of the Royal Family are cheered by the successful completion of an impressive and uplifting occasion, enthusiastically thanking Queen Elizabeth for her service. 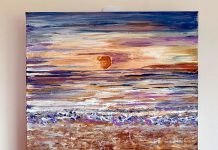 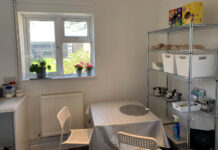 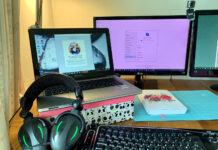 What’s Still Cool About Social Event Zooming in the UK? 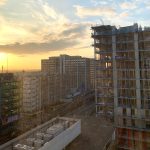