Grant Shapps has previously been a key member of the The General Aviation All-Party Parliamentary Group which promotes the objective, as set out by British Government, of making the United Kingdom the best country in the world for General Aviation, and to stimulate interest in the sector.

The opposition party have accused Mr Shapps of lobbying to influence the outcome of a planning decision. This involves ensuring a housing development in Oxford is only built by respecting the existing airports functions and needs.

This morning on Radio 4s Today programme Angela Rayner who is a politician from the opposition asserted that Mr Shapps used his position for his own benefit. Yesterday on the BBCs Andrew Marr Show she accused Mr Shapps of setting up a body “within his own government, to lobby his own government.” Raynor implied that as Mr Shapps is a pilot and aviation enthusiast this has meant he has behaved inappropriately in this instance. (7)

However it is Mr Shapps job to ensure that airfields and the transport infrastructure across the UK is protected and their rights to continue to carry out their operations without restriction and damaging planning applications are respected. A Department of Transport spokesperson said it was right for Mr Shapps to promote ‘all aspects’ of his brief ‘including the general aviation sector.”

In an article published today the BBC News wrote about how ‘Grant Shapps denies lobbying against houses on airfields’. The article describes how The Times newspaper reported yesterday that the ‘Airfield Advisory Team’ had been “involved in objecting to home-building plans at a former airfield in Oxfordshire”. This Airfield Advisory Team aims to ‘sustain’ general aviation airfields and is funded by the Department of Transport but is overseen by the Civil Aviation Authority which acts independently from the government.

Misunderstanding about the positive role that general aviation airports play in our transport system and society is common. This means that sometimes the planning regulations that are introduced by a local council can restrict aviation activities to the point that flight operations become inefficient or even dangerous. For example, closing additional runways which exist to provide pilots with the options of landing on an alternative runway if unplanned obstacles, unexpected conditions or changes in wind direction occurs.

In extreme cases airports are closed because of pressure to redevelop them into housing or to satisfy those wishing to irradicate any noise near their houses. This is usually after residents have purchased a house in an area with full knowledge about the working airfield nearby but not necessarily fully understanding what that means in terms of the occasional noise created. This is due to most airports in the UK being built around the time of the First and Second World Wars.

The Labour Party and other opposition groups are trying to find examples of the current Conservative leadership’s unprofessional behaviour particularly around ‘second jobs or conflicts of interest and inappropriate lobbying. In this instance the opposition would do better to agree on how to solve our countries complex problems and proposing some fresh good ideas rather than throwing shade on a Transport Minister.

Grant Shapps and the Ministry for Transport are focused on highlighting, protecting and achieving the highest potential for the wonderful historic assets we have in our general aviation network in this country. Airfields in the UK contribute to the economy and provide facilities for educational, scientific, technological and leisure services as well as being part of our key infrastructure for transportation, the military and emergency services. 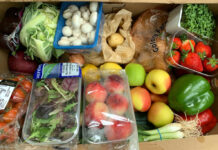 Sons of T&T Fruits Launch Business into the 21st Century 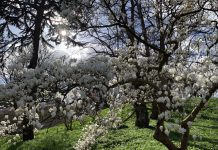