In more than two hundred towns and cities across the UK the low cost fashion retailer Primark has opened vast outlets of a size that would rival any traditional department store. This Autumn Primark “has announced an 8% increase in sales year on year and a 6% jump in adjusted operating profit to £341m” (1)

Good value home store B&M stores “posted a 25 per cent growth in pre-tax profit for the year” (2) Other shops known for their competitive prices such as Matalan have also reported strong sales this year. Offering fashionable ranges that are exactly what families want to buy this week is really important for selling in Great Britain and Northern Ireland.

Cheap and cheerful stores like The Range and Wilko have been popping up on the edges of city centres and in out of town sheds with thousands of product lines to rival any conventional emporium. Many of these giant bargain boutiques sell homeware, gifts, decorating, hardware, food ranges and some also have their own brand cafes.

InsightDIY news described how this year The Range “trades from 145 stores the length and breadth of the country. Turnover at The Range, the discount retailer owned and run by (self made) billionaire Chris Dawson increased to over £760m.”(3)

There is also a growing trend for busy consumers to be tempted to spend some of their household budget on inexpensive fashion items that are available in supermarkets. “The value apparel market was worth nearly £10 billion in 2016” (4) All the biggest food retailers have ‘own brand’ textile collections. It is possible to find some excellent quality and nicely made pieces on sale in colourful collections that are suitable for all the family.

Supermarket clothing departments have assistants to help and fitting rooms and these major chains even sell underwear and lingerie. The growing trend for clothes shopping in supermarkets has had a direct impact on the fortunes of department stores like BHS, Marks and Spencer and Debenhams.

Reasonably priced dedicated fashion retailers Next, H&M and New Look have all had a very challenging year competing for precious sales in a time that has seen a low number of visitors or ‘footfall’ in the high street.

The recent shake up of retail in the the UK is compounded as Sainsbury’s announcement recently that it is teaming up with its old rivals Asda. This is a bid to outwit Tescos, Morissons and the successful European no frills food markets Aldi and Lidl whose basic cash and carry approach has won over customers even in exclusive towns like Sevenoaks in Kent.

Oasis is known as a mid priced women’s fashion boutique with trendy designs. Oasis is opening up as a franchise feature in Sainsbury’s this year, alongside Argos and possibly other high street names in the pipeline. Oasis can capitalise on longer opening hours and all the ‘impulse purchases’ that catch the eye of the passing trade that flows through Sainsbury’s on the quest for supper.(5) Incorporating Oasis within their retail space will mean Sainsbury’s will benefit from being able to lure more fickle grocery customers to their location.

However it is not all smiles amongst the new wave of more price competitive often out of town stores. Established value homeware business Wilko “posted a pre-tax operating loss of £65 million in the 12 months to February 3” this year. (6) Wilko’s management have been working hard to define a positive future and stated they “opened 16 stores” and also invested in updating their website this year. Wilko’s sales rose slightly this year across the country and so the leadership team have reason to be cautiously optimistic.

Price is a key factor affecting purchasing decisions of the technically confident online generations living in an time of austerity. The online marketplace is key and millions of fickle customers can easily hop from their favourite branded web stores to find bargains at the online supermarkets like Ebay and Amazon.

An online business like Ebay and Amazon does not pay for fancy premises or council rates in the same way as a high street brand. This means they are able to drive price points down and still make a profit. Keen to promote a tiny slice of the vast supply of products available from Amazon, the technically focused American company opened their own ‘pop up shop’ on London’s famous Baker Street this month.(7)

Bargain stores are here to stay and have significantly picked up market share. They have been adept at filling the gaps left by long established businesses closing or moving into comparatively low cost commercial estates. They have taken advantage of department stores that have suffered from underinvestment and an old fashioned format. Bargain stores are in a good position to continue to win thrifty online customers and compete with the online giants for sales.

Both expensive and low priced smaller shops will be boosted by the Chanceller Philip Hammond’s announcement yesterday that “business rates bill for firms with a rateable value of £51,000 or less (are) to be cut by (a) third over two years.” (8) The Chancellor also pledged £650 million to rejuvenate high streets and this will improve the transport links and the general town centre environment which will help all shops in central locations attract and retain customers.

As the retail industry adapts and progresses, the bargain basement warehouses are all set to innovate, blend and evolve further with grocery stores, garden centres, exhibitions and transport stations. In the 21st century bargain stores are primed to become more digitally advanced and chameleon like versions of the historic department stores that precede them. 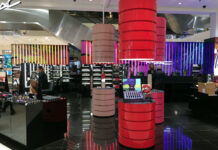 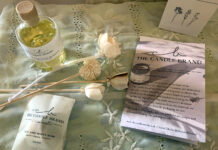 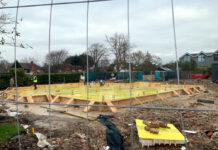 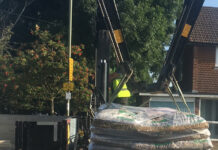 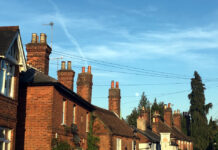 How have Brexit and Covid-19 affected the private building trade and DIY industry in the UK? 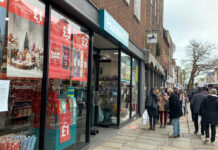 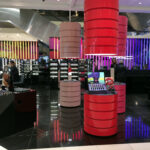 Business News 4th March 2021
Word of mouth recommendations are still relevant Developing a strong brand is as important as ever this year. Talitha Lofthus is Marketing Manager at... 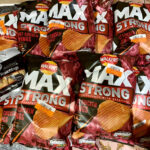 Seriously Hotenough 26th February 2021
Food supplies and England during the pandemic We may have all heard many of our friends talk about the urge to eat and drink more... 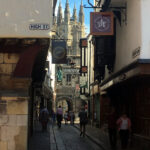 Seriously Hotenough 23rd February 2021
The Aim: All current lockdown restrictions to be lifted by the 21st June 2021 if the following Conditions below are met. 8 March -...
MORE STORIES

5 Reasons Why It Is Smart To Focus On Building A...