Dozens of residents lined the A259 that runs from east to west along the top of Chichester harbour. The men, women and children were waving banners and protesting vocally, as locals and visitors to the area drove along the mainly residential main road.

The Sussex citizens were protesting about the ‘destruction of Chichester harbour’ and were joined by like-minded folk from other villages that form the south part of the stunning natural harbour along the A286 from Appledram to Selsey and the Witterings. Emsworth, Langstone and Hayling Island were also part of this display of local concern that was designed to send a strong message to locally elected members of parliament.

The A259 links several small villages that form the official Area of Outstanding Natural Beauty in West Sussex. On Saturday the 26th of November participants were advised to stand in safe places along the well-used routes. Home-made placards and wearing their best bright clothing and high visibility jackets were recommended by Bruce Garrett from the Mayday organisation.

Residents are worried about the negative impact of too much new house building, or overdevelopment, without the proper existing infrastructure to cope with the increase in demand for services. Vital drainage fields are important to minimise flooding in the vicinity of this natural coastline.

Many families who live in the area are upset about potentially losing rural views and wildlife habitats. The sight and news of excess sewage from the oversubscribed current sewage system being released onto the beaches and into the waterways is shocking and causes outrage to everyone who uses and cares about these special beaches and the land surrounding them. There are real fears that future generations may not be able to enjoy the water sports and joy of a dip in the ocean as this harbour may become just too dirty and unsafe to use.

Banners read ‘cut the crap’ and the Mayday action group encouraged locals to shout ‘Enough’ to protest at the threat to wildlife and the degradation of the harbour’s ecology.

Demonstrators were angry about the ‘continuous flow’ of sewage going into the sea. Joan Fisher from the participating Manhood Peninsular Action Group MPAG on BBC South Today news asked: “If we can’t cope with the flow of sewage into the harbour now, what will happen when another one thousand houses are built on the Manhood peninsular?”

Southern Water are responsible for ensuring discharges into the sea are minimised and environmental conservation is respected and they state they are making progress in this area with structured targets that will make a difference by 2030. This is not acceptable action to many who are watching sewage being pumped into their beloved harbour every day. Southern Water is one of many companies who have been accused in recent weeks of causing excessive pollution while making huge financial profits as privatised utility companies.

“Every UK water company failed to meet sewage targets in 2021” according to a recent Telegraph report. The Financial Times singled out Southern Water and South West Water as the worst offenders for failing to meet environmental targets and last year “Southern Water was issued with a record £90 million pound fine” by the Environment Agency.

The Member of Parliament for Chichester Gillian Keegan welcomed yesterday’s announcement of a rethink to conservative central government housing targets.  “In places like Chichester, where much of our developable land is sandwiched between the South Downs National Park and our Areas of Outstanding Natural Beauty, such as Chichester Harbour, the task of meeting top-down housing targets has meant rapid development in very small pockets of space – often leaving vital supporting infrastructure and the surrounding communities as an afterthought. The approach announced by the Government yesterday will bring more power back to local decision-makers and mark an end to the arbitrary and ineffective target setting (that) we’ve seen cause problems in the past.”

https://www.facebook.com/ChiSOHV/    (Save Our Harbour Villages) 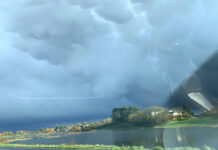 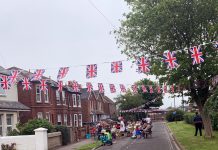