In the United Kingdom how much money our citizens pay for a place to live is principally governed by capitalism and the market forces of supply and demand. Consequently, some areas of England, Scotland, Wales and Northern Ireland are several times more expensive to live in as other areas of the British Isles.

London and the South East of England is generally the most congested, overpopulated and expensive region. The average UK house price is £283,000 which is £32,000 higher than this time last year, according to the Office for National Statistics who report a 13 per cent increase in house prices in England over the year to May 2022. (1) Comparatively, average earnings fell by 1 per cent. (6)

The price of renting also increased by an average of 3 per cent in the UK in the year to May 2022 according to the Index of Private Housing Rental Prices. However private sector organisations like Zoopla, Rightmove and HomeLet have estimated private rental price increases to be around 12 percent over the last year. (5)

Full time employees can expect to spend 9 times their annual salary on a property in England. This figure has been rising steadily in recent years making getting on the housing ladder more unaffordable, in real terms. (6)

This year the Office of National Statistics record that there are more than 67 million people in the UK. “The number of UK households in 2020 was estimated at 27.8 million. This is a 1.6 million increase from the estimated 26.2 million in 2010.” In another decade’s time the ONS predicts the UK population will be over 70 million people. (3)

There were approximately 17.5 million privately owned properties in Great Britain in 2020 and nearly 9 million of these were owned outright with just over 8 million being owned with a mortgage. A further approximately 9 million residences were classified as rented or rent- free properties. (7)

There are also other expensive cities and coastal towns, such as Sandbanks in Dorset that command unusually high rents and purchase prices. On the most upmarket seafronts around the south coast multi-million-pound family homes are commonplace. Often convenient locations in and around the UK’s major cities, where workers can have a choice of relatively well-paid jobs, will accrue a premium cost for tenants and purchasers looking to enjoy the benefit of higher wages and a reasonable commute.

At the other end of the spectrum, the geographical location of a residence affects the likelihood of living in hardship. While overall 16% of UK households are in serious difficulties, this rises significantly to 22% and 21% for Wales and Scotland respectively. (2)

Typically, in the UK rental prices are closely linked to the rise and fall in property prices. However, although ‘sales’ and ‘rental’ are both handled by estate agencies, they are distinctly separate markets and there is sometimes some fluctuation to this rule.

The Covid19 related lockdowns massively increased trend in the ability for people to work online from home full or at least part time for their employer. The usual house buyer’s mantra of ‘location, location, location’ was disrupted from its usual relevance. This was one of many reasons that house prices in London slowed during the lockdowns, as many sold up and headed for more spacious country villages, which then in turn saw a comparative uplift in sales enquiries.

However overall London prices didn’t dip significantly “London continues to be the region with the lowest annual growth at 8.2%” and the rental market in the capitol remained fairly buoyant considering, at a steady 1.7 percent increase. It is noteworthy that for generations London has established the highest property prices in the UK. An average property this summer in the capitol is £526,000 with a pad in the royal borough of Kensington and Chelsea being the least affordable, at nearly 40 times the average annual earnings of an average citizen. (1)(6).

In 2021 there were enough students, professionals, blue collar workers, foreign investors and retired folk who wished to stay close to the UK’s largest and most culturally vibrant city (despite the situation with coronavirus restrictions) to keep the housing market’s momentum. Some public servants and professionals could not work from home due to the nature of their business.

There were also many thousands of families who could not afford to buy or move from London, even if they would have preferred to do so. This is for all sorts of reasons including for example; their children’s education, family commitments, their expected career path changing their expected location in the near future, or a time limited work contract) Some adults like the relative freedom of renting and they are not aiming to buy their own home at this point in their lives.

In order to stimulate the disrupted housing market in England, in July 2020 Boris Johnson’s government introduced a ‘stamp duty holiday’ which lasted until October 2021. This caused house prices to slightly inflate as buyers rushed to purchase before the promotion finished according to the ONS.

Every flat or house in the UK is liable to pay council tax and the rate paid to the council to fund local services is decided on a sliding scale dependant on the value of the property inhabited. In March the Chancellor Rishi Sunak announced all council tax households in bands A to D would benefit from a central government funded £150 refund, in order to help ease the rising costs incurred by British citizens on utility bills and other essential expenses.

Other one-off payments to help with living costs for those with low incomes help both tenants and home owners who are receiving benefits, to afford their housing costs in the UK. In England these currently total up to £1200 per household of government support this Autumn to enable residents who are in or threatened by fuel poverty afford their bills as the winter approaches. (4)

Additional factors that affect the price of a property

Other factors that can affect the price a prospective buyer or tenant may pay include the property condition, property size and its potential for improvement as well as its proximity to local schools and local infrastructure. Environmental factors such as insulation and heating and appliance cost efficiencies are becoming more relevant in purchasers decision making as energy prices have increased.

If a home is in a flood zone or high pollution area or near to major roads or railways also makes a difference to a home’s desirability. These factors can make a difference to the availability and cost of house buildings insurance that a traditional lender will insist on, as part of the process of purchasing a property.

Whether a property (usually a flat or apartment) is sold as a freehold property or on a lease agreement for a set period of years will also affect the accommodation’s value. Some properties can be difficult to buy or sell due to the proximity of businesses the banks deem ‘risky’ such as a pad next door to a nightclub or a flat above a chip shop. (8)

Macro-economic factors such as inflation and how easy it is for foreigners to advantageously move to or purchase housing in Great Britain and Northern Ireland also has an effect on the overall housing market because of supply and demand forces. How attractive the market is to investors has an influence on house prices. The rates of the UK’s bank products and services such as ‘buy-to-let’ can affect how keen private or commercial investors are to put their savings, or loaned financing, into bricks and mortar in the UK.

“The housing market is closely linked to consumer spending.” (9) It is key to remember that the government has an interest in keeping the housing market in a positive direction for homeowners. This is because when house prices rise homeowners feel like they have more value and more confident that they can invest or spend which is good for growth in the economy. Conversely when the market falls homeowners tighten their purse strings as they feel a risk of negative equity (when the value of a mortgage is higher than the value of the property) and this slows down the momentum in the economy as people buy less goods and services.

The Bank of England also affects house prices “setting the key interest rate in the economy. The lower interest rates are, the lower the cost of borrowing to pay for a house is, and the more people are able to afford to borrow to buy a house. That will also mean prices will tend to be higher.” (10)

On Wednesday the US central bank announced a 0.75 per cent increase in interest rates to help slow the pace of inflation in America for a second month in a row. (11) The Bank of England has “lifted Bank Rate five times since December from its pandemic low of 0.10per cent to where is currently sits at 1.25 per cent.” Meanwhile the European Central Bank unexpectedly raised its key rates by 50 basis points” (12)

Outlook for property market prices in the UK

It is possible we will see a slowing of the housing market in the UK over the coming year or two, as borrowers such as first time buyers grabble with finding huge deposits and everyone also deals with the increased cost of borrowing (especially for those on variable rate mortgages) as interest rates increase. A there is still enormous demand for housing in England, Scotland and Wales due to the slightly increasing population and an uncertain stock market, it is unclear whether these more challenging conditions for purchasers translate into anything more serious than a levelling off of prices over the coming months. 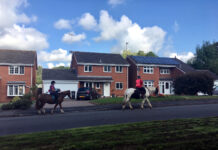 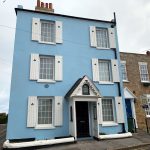 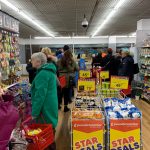 What is the Cost of Living Crisis and Who Does It...